Choose Play+ to fund your fun:

NEXT – Choose Play+ to fund your fun
Go to “Deposit/Fund” to create your Play+ account.

Your account is FDIC insured. Your transactions are always secure.

Trusted by over 2M customers across the U.S.

Simple and flexible way to fund and pay

Manage your money online or via mobile device 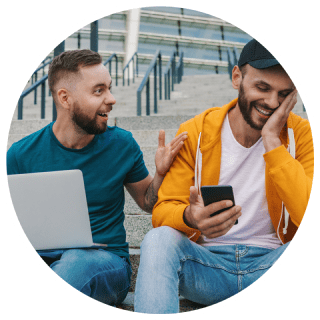 Adding money with Play+ is easy. Just connect a funding source, like a credit card, debit card, bank transfer or PayPal (where applicable). 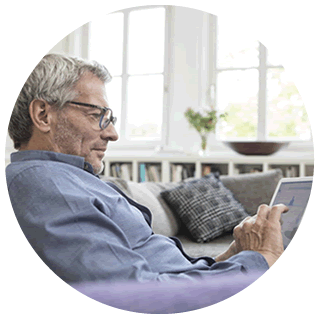 Once your Play+ account is funded, you can immediately transfer money to your wagering account and start the fun! 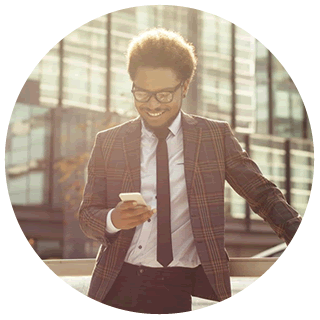 When the wins come in, we make it easy to get your money out. Get immediate access to your winnings when you transfer from your wagering account to Play+. 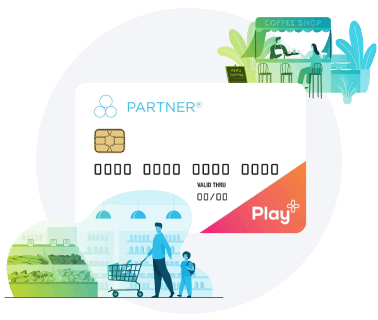 Spend straight from your Play+ account with an included debit card. Use it to make purchases everywhere Discover® is accepted, or make an ATM withdrawal nationwide.

No worries, our customer support team is here to guide you!

ENTRY IN THIS PROMOTION CONSTITUTES YOUR ACCEPTANCE OF THESE OFFICIAL RULES.

MANAGEMENT RESERVES ALL RIGHTS TO CANCEL THE PROMOTION AT ANY TIME.

ABOUT THE PROMOTION: The “Play+ Michigan Launch Promotion” (“Promotion”) is an online Promotion. The Promotion sponsor is Sightline Payments, LLC (“Sponsor”).

“Entrants” (as defined below), who fund $100 or more cumulative funds to their new Play+ account within 72 hours of enrollment will earn a bonus of $25. Each Entrant may earn the bonus once during the promotion time period and the bonus amount will be credited to their Play+ account. There is no fee to obtain a Play+ account and no charge to load an account.  In order to participate, Entrants must meet the eligibility requirements set out in Section 3.

2.              ELIGIBILITY: Promotion is open only to legal United States residents residing in Michigan, who are at least twenty-one (21) years of age or the age of legal majority in their state of primary residence at time of entry (“Entrant”). Each Entrant must be the rightful owner of the Play+ account used to participate and comply with all terms and requirements: (i) for enrolling in a Play+ account; and (ii) for adding funds to the Play+ account. Entrants who do not have an active Play+ account in good standing at the conclusion of the Promotion will not be eligible to win. In the event of a dispute as to the identity of an Entrant, the Entrant will be deemed the person whose name is associated with the applicable Play+ account. Promotion void where prohibited.

3.              HOW TO ENTER: To participate in the Promotion, an Entrant must first enroll in a new Play+ account and fund a minimum of $100 to their Play+ account within seventy-two (72) hours of their enrollment. All Entrants who fulfill this requirement will receive the bonus of $25 one (1) time during the promotion period.

4.              NO ENTRY FEE: There is no entry fee required to participate in the Promotion. Entrants will need to Enroll in Play+ and fund $100 or more within 72 hours of their enrollment to be eligible to participate. Only participation online in accordance with these Official Rules will be accepted.

Bonus: The bonus of twenty-five ($25) dollars will be added to the players Play+ account when all requirements have been met.  ALL FEDERAL, STATE AND LOCAL TAXES, AND ANY OTHER COSTS AND EXPENSES, ASSOCIATED WITH THE RECEIPT OR USE OF ANY BONUS ARE THE SOLE RESPONSIBILITY OF THE ENTRANT. Entrants cannot assign or transfer any bonus to another person. No bonus substitution is allowed. The bonus funds are awarded WITHOUT WARRANTY OF ANY KIND, express or implied, without limitation. If bonuses are awarded but unclaimed/forfeited by recipient, bonus may not be re-awarded, in Promotion Entities’ sole discretion. Other restrictions may apply.

5.              ENTRY ERRORS, NO ENTRY MODIFICATION, AND RELATED DISPUTES: Promotion Entities shall not be responsible for lost, late, incomplete, damaged, stolen, invalid, unintelligible or misdirected entries, which will be disqualified. Promotion Entities shall not be responsible for any unavailability of or interruptions to any service or equipment used in connection with the Promotion, including, without limitation, (i) interruptions to any network, server, Internet, website, telephone, satellite, computer or other connections (ii) failures of any telephone, satellite, hardware, software or other equipment, (iii) garbled, misdirected or jumbled transmissions, or traffic congestion, (iv) other errors of any kind, whether human, technical, mechanical or electronic, or (v) the incorrect or inaccurate capture of entry or other information or the failure to capture any such information. Once submitted, entries become the sole property of Sponsor and will not be acknowledged or returned. In the event of a dispute, the authorized account holder at the time of entry will be deemed to be the Entrant.

SPONSOR RESERVES THE RIGHT TO DISQUALIFY ANY POTENTIAL ENTRANT IF SPONSOR DETERMINES, IN SPONSOR’S SOLE DISCRETION, THAT ANY ENTRANT INFORMATION WAS CHANGED OR FALSIFIED IN ORDER TO MEET ELIGIBILITY REQUIREMENTS.

6.              CONDITIONS OF PARTICIPATION, DISCLOSURES, AND RELEASES:  Promotion is void where prohibited or restricted by law. All federal, state and local laws and regulations apply. By participating, each Entrant agrees to be bound by these Official Rules and the decisions of Promotion Entities, which shall be final in all respects. By participating in this Promotion and/or by accepting any bonus, each Entrant agrees to release and indemnify Promotion Entities, each of their respective parent, subsidiary and affiliated companies, units and divisions and advertising and promotional agencies and bonus suppliers; each of their respective officers, directors, agents, representatives and employees; and each of these companies and individuals’ respective successors, representatives and assigns (collectively, the “Released Parties”) from any and all actions, claims, injury, loss or damage arising in any manner, directly or indirectly, from participation in this Promotion and/or acceptance, use, or misuse of any bonus.

By entering the Promotion, Entrants agree that: (i) any and all disputes, claims, and causes of action arising out of or connected with the Promotion, or any bonuss awarded, shall be resolved individually, without resort to any form of class action; (ii) any and all claims, judgments and awards shall be limited to actual out‑of‑pocket costs incurred, including costs associated with entering the Promotion, but in no event will Entrant’s attorneys’ fees be awarded or recoverable; and (iii) under no circumstances will any Entrant be permitted to obtain any award for, and Entrant hereby knowingly and expressly waives all rights to seek, punitive, incidental or consequential damages and/or any other damages, other than actual out‑of‑pocket expenses, and/or any and all rights to have damages multiplied or otherwise increased.

The Released Parties shall not be liable for: (i) late, lost, delayed, stolen, misdirected, postage-due, incomplete, unreadable, inaccurate, garbled or unintelligible entries, communications or affidavits, regardless of the method of transmission; (ii) telephone system, telephone or computer hardware, software or other technical or computer malfunctions, lost connections, disconnections, delays or transmission errors; (iii) data corruption, theft, destruction, unauthorized access to or alteration of entry or other materials; (iv) any injuries, losses or damages of any kind caused by the bonus or resulting from acceptance, possession, use or misuse of a bonus, or from participation in the Promotion; (v) the Entrant’s claim that he or she has somehow been defamed or portrayed in a false light; or (vi) any printing, typographical, human administrative or technological errors in any materials associated with the Promotion. Promotion Entities assume no responsibility for any damage to an Entrant’s computer system, or for any computer system, phone line, hardware, software or program malfunctions, or other errors, failures, delayed computer transmissions or network connections that are human or technical in nature, or for the incorrect or inaccurate capture of information, or the failure to capture any information.

7.              DISPUTES/CHOICE OF LAW: Except where prohibited, each Entrant agrees that: (i) any and all disputes, claims and causes of action arising out of or connected with this Promotion or any bonus awarded shall be resolved individually, without resort to any form of class action, and exclusively by state or federal courts situated in Las Vegas, Nevada; (ii) any and all claims, judgments and awards shall be limited to actual out-of-pocket costs incurred, but in no event attorneys’ fees; (iii) no punitive, incidental, special, consequential or other damages, including without limitation lost profits may be awarded (collectively, “Special Damages”), and (iv) Entrant hereby waives all rights to claim Special Damages and all rights to have such damages multiplied or increased. Nevada law, without reference to Nevada’s choice of law rules, governs the Promotion and all aspects related thereto.

8.              ADDITIONAL RESTRICTIONS: Funds transferred from an Entrant’s Play+ account to an account used for or dedicated to funding legal gambling within the state of Michigan as authorized by the Michigan Gaming Control Board, may be subject to additional restrictions based upon the relevant statutes and regulations.

9.              PRIVACY POLICY: Any personal information supplied by you will be subject to these privacy policies posted at https://myplayplus.mycardplace.com/cholder/showContent.action?page=Privacy and  https://playplus.mycardplace.com/cholder/showContent.action?page=PrivacyPolicy.  Sponsor will not sell, rent, transfer or otherwise disclose your personal data to any third party other than as described herein or in accordance with Sponsor’s privacy policy.